You are busy running and building your own business, but the “to-do” list is overtaking you. While you can handle the larger, more important tasks, the micro projects are not taken care of.

While these smaller, daily “things to get done” may seem less important, collectively – they can rob your sleep, and generally make you an unhappy camper.

What to do, you say? Hire a mechanical turk. Spend some more time outside.

Wait a second. Not that turk. This turk.

Amazon has a great service for micro outsourcing. It’s called the Human Intelligence Taskforce. By submitting your tasks to a vast group of people (varying degrees of background and expertise), you can essentially “bid down” the price for multiple, repetitive tasks that you need done.

I’m continually amazed at the number of truly web savvy people who have never even heard of this system. When it first was introduced in late 2005, it got a bit of coverage in the press, but it was mainly technology related publications. Bloggers tackled it lightly, and a few specialty forums sprang up. Yet because the system was about a very boring and unglamorous thing – getting actual work done – instead of something more entertaining, like flash animation or kitties doing funny things, it dropped off the radar.

Amazon Mechanical Turk is a cloud computing platform that pairs people who need work done with people looking for a bit of work.

So what was learned from the world’s experience with the Mechanical Turk, and how did that influence Amazon to start a program you can use to reclaim a balanced work-life arrangement?

1. Machines and automation can’t do everything

Technology was supposed to fix all our problems. Instead, business owners spend hours sorting out the problems generated by our computers and online web hosting systems. It seems as though years of your life go up in flames every time you install an update and all your precious free time is eaten up tagging and fixing quirks caused by your “helpful” systems. 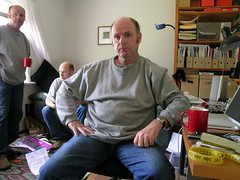 2. There is no substitute for human intelligence

Even though the Mechanical Turk toured with the promise of a smart machine, there only reason it worked was the human brain behind it. As Amazon built its business, there were thousands of repetitive tasks that computer systems had done that just needed a human eye to ensure they weren’t utter nonsense. For example, a machine could say that a code had been loaded correctly, but only a real brain could say whether the loaded code made sense.

With the original Mechanical Turk, there was no way the same outsourcer could have kept up with the workload. The same principle applies to any outsourced working relationship. You get the best work and the most consistent enthusiasm for your tasks – even the repetitive ones – when you have a crew of fresh brains looking at the problem. Thus, Amazon built a system that functioned like a well-oiled machine but was really powered by actual human beings – thousands of them – bringing their energy to the tasks at hand that Amazon staff wanted outsourced.

What are the boring but important tasks you need done? Try the turk.