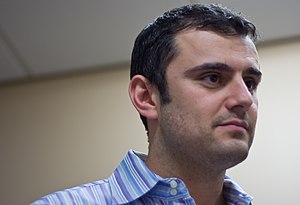 Have you heard the name Gary Vaynerchuk?

If not, learn from one of the best of the best when it comes to MASSIVE implementation of smart social media marketing.

One might say that Gary is the epitome of the American dream, having been born in the former USSR (in Babruysk).

What’s interesting, however, is that many people don’t realize or remember that Gary is a wine guy, not a strict internet marketing guru.  You’d never know it – and that might be one of his best qualities.

At only 34 years of age, Gary shows that following your passion is just as important as the techniques you use to become an internet marketing guru.  You have to love what you do in order to work as hard as possible to make it a success. Gary manages business, family, friends and all the online stuff – and personally responds to all emails.

Gary started Wine Library TV in 2006 as a way to promote wines that he loved and to appreciate wine with the help of an audience.  Originally designed to review wines and to answer questions posed on his Facebook page, Gary’s audience began to grow.  He now has around 90,000+ viewers of his daily wine tastings.

Most of the time, he’s the only one in the chair, tasting the wines, but over time, he’s had some other folks help him out in his duties, including Timothy Ferriss.

At first glance, Gary’s story seems more like luck than anything else.  After all, all he does is tape himself when he’s drinking wine.  But his passion allows him to be an authentic person with whom others can truly relate.  He’s the big brother to the masses and an internet marketing guru as a result.

While Wine Library TV is the biggest venture of Gary’s at this point, it’s launched other avenues for his life and business.  As of March 2009, Gary signed a ten book contract deal with HarperStudio to produce books related to internet marketing and promotions.  His first book, Crush It! (Why Now is the Time to Cash in on Your Passion) started out at #2 on the New York Times Bestseller list.

And what’s even more intriguing about the book deal is that it had a low advance up front, but offers high royalties.  This is a unique deal, and it might become the way that book publishers do business in the future.

To promote his book and his Wine Library TV show, Gary is relentless in using his Facebook page, his Twitter account, and his website – garyvaynerchuk.com.  He’s always posting something on these sites, helping to stay connected to his fans by answering questions.

He has been named a Market Watch Leader in 2003, the youngest ever, while also being someone who sits down and simply talks directly to his audience, informally (and with a VERY direct voice).

He has one other book to date: “Gary Vaynerchuk’s 101 Wines: Guaranteed to Inspire, Delight, and Bring Thunder to Your World.”

What does Gary know about being an internet marketing guru that you might want to copy or learn from? 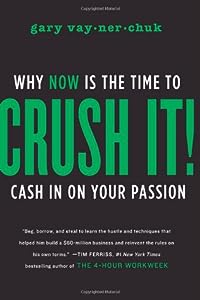 Have you picked up a copy of Crush It? I recommend it.

How To Get Your (Internet Marketing) Name Out There

How To Get Your (Internet Marketing) Name Out There