Web traffic strategies and tactics that can bring eyeballs to a website are important for any business.

However, I have spoken about how traffic alone is not the key to success online, and that not all traffic is created equal.

In summary – it means: the same web traffic doesn’t make sense for all websites.

However, testing traffic is something everybody should do. And, if you have a website that is educational, fun, interesting, controversial, video or graphic centered, you have a lot of opportunities using a social traffic platform.

Therefore, I invite you to try an amazing traffic generator at one of the lowest cost points you’ll ever see these days.

What is that traffic source?

This discovery engine was once part of eBay. It is coming back strong.

I have used it from time to time to generate traffic to certain custom pages and domains that the community embraces. Again, this will not work for every business, unless you take special steps to make it ‘community’ friendly. 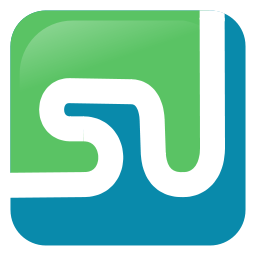 There recently was a record-breaking day follows a strong December, which saw more than 700 million stumbles for the month.
Web users are showing a renewed interested in StumbleUpon. It launched in 2001, was bought by eBay in 2007 but was quickly losing relevance under eBay’s control.

StumbleUpon has been aggressively rolling out new features, but it — like social news site Reddit.com   — is likely benefiting from competitor Digg’s fall from grace. Digg’s redesign of its website late last summer did not sit well with its users.

StumbleUpon is also said to be soon launching StumbleUpon Pro, a free but premium option for businesses and publications.

Try it by setting up a free account, get a paid option set up (under /ads), and install their stumbleupon toolbar. It’ll be some fun for you.

What success have you had with it?

How To Change Your Marketing Attractors With One Word

How To Change Your Marketing Attractors With One Word

How To Use StumbleUpon Bookmarking For Business

How To Use StumbleUpon Bookmarking For Business